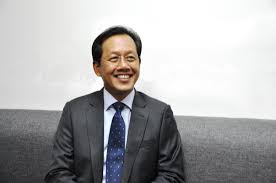 Captain Izham Ismail is now the Executive Director and Group CEO designate of Malaysia Airlines Berhad MAB. With immediate effect, and will take over the role formally on the 1st of December 2017. Here are some information about him that you might be interested in knowing

At least up until few hours ago. The appointment was done in 1st November 2016 (a month short of a year), so you can seek comfort in knowing that he was at least the chief “operation guy” of MAB.

2 BEFORE His appointment as CEO and COO, He run MASwings.

MASWings might sound foreign to many in Peninsular Malaysia, but for many Sarawakians and Sabahans. it is their bet for a good commute that would save them hours or days to get home. It is MAB’s regional airline servicing rural route in East Malaysia.

4 He worked for the Aviation Industry for 37 years.

5 He is a HARVARD University Alumni, holding credential in Advanced Management Programme from the Harvard Business School.

6 He started his career with MAS as trained Pilot

and operated different types of aircrafts such as
Fokker 27
Airbus 330
Boeing 747.

7 He held many management positions

since joining MAS, such as
Head of operations at the Programme Management Office
Executive vice president of flight operations
General manager for technical and development.

8 He held directorships in many MAB related companies,

The tale of a Hardworking friend